Listen to the interview below:

Google Video Specialist, Zanele Hlatshwayo (33) from Orlando West, Soweto has pledged to run 18 races to redefine her father’s legacy, after he took his own life in June 2008 at the age of 47.

At the age of 24, Zanele faced a world of unanswered questions and found comfort in running to cope with the unbearable weight of her loss.

In honor of her late father Phillip Hlatshwayo, Zanele has set up a campaign on donations-based crowdfunding platform, BackaBuddy, to raise R180 000 for South African Depression and Anxiety Group (SADAG). To raise the funds, Zanele has committed to running 18 races across South Africa between January and July 2018. She has so far completed 7 races. Zanele’s upcoming races include the Two Oceans Marathon, Comrades and on the 27th of July, Zanele will take on the Washie 100 Milerin the Eastern Cape, a distance of 160km.

According to SADAG, there are at least 23 recorded suicides and 230 attempted suicides in South Africa on a daily basis. The funds generated by the campaign will assist the organization in continuing the only national suicide toll free hotline in South Africa.

To support Zanele, donate to her campaign here: https://www.backabuddy.co.za/rise18 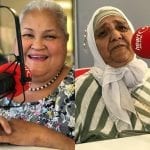 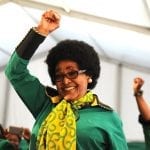