Last night, Lunga was just talking about some of your favourite wrestlers and now this has been announced!

WWE has confirmed WrestleMania 36 won’t be taking place in Tampa, Florida next month due to the coronavirus pandemic.

The sports entertainment giant announced the annual extravaganza will instead be airing live from the Performance Center in Orlando with no fans in attendance. In a statement, WWE said:

‘In coordination with local partners and government officials, WrestleMania and all related events in Tampa Bay will not take place. ‘However, WrestleMania will still stream live on Sunday, April 5 at 7 pm ET on WWE Network and be available on pay-per-view.

Only essential personnel will be on the closed set at WWE’s training facility in Orlando, Florida, to produce WrestleMania.

Wrestling, as a performance, relies more on crowd reaction than does sport. As such, WWE has a huge challenge on its hands as it attempts to air its biggest show of the year in front of what is likely to be an empty Performance Center, as with last Friday’s episode of SmackDown and Monday’s Raw. 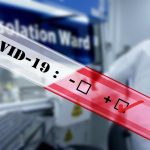 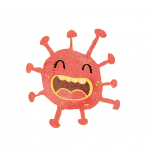