World Chocolate Day celebrated on July 7 is all about celebrating perhaps the finest creation of humankind. If there ever was anything that everyone unanimously agreed upon, it would be about chocolate’s delicious taste. Chocolates, aside from being mouth-watering, also work as a perfect mood enhancer and has some surprising health benefits.

Chocolate originated in Mesoamerica and the first fermented chocolate beverage dates back to 450 BC. The origin of the word ‘chocolate’ is from the classical ‘Nahuatl’ word – Xocolātl. The Aztecs were of the belief that the cacao seeds were a gift from the God of wisdom and it steadily became so popular that it began being used as currency. Personally, we would not mind reverting to that tradition!

Many present-day chocolate companies began operations in the 19th and early 20th centuries. Cadbury began in England by 1868. And then 25 years later Milton S. Hershey, purchased chocolate processing equipment at the World’s Columbian Exposition in Chicago, he is now one of the biggest and world-known chocolate creators in the world. He began the company by producing chocolate-coated caramels. Nestlé began back in the 1860s and has grown into one of the largest food conglomerates in the world.

Here are some benefits of chocolate:- 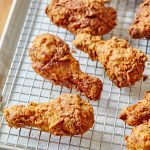 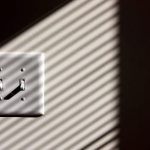 Your go-to guide to the Eskom power cuts