Babes Wodumo’s fans are outraged after her boyfriend was allegedly seen beating her during an Instagram Live chat.

The ‘Wololo’ singer can be heard crying in the video after being hit.

Babes had been recording an Instagram live video with her fans at the time of the incident. The video has since gone viral and is trending on Twitter.

It’s not the first time Mampintsha has been accused of assaulting the ‘Queen of Gqom’.

Babes was confronted about rumours that Mampintsha was allegedly violent towards her during a live radio interview in May 2018. 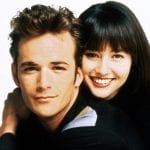