YOU
What would you do for love? For a brilliant male bookstore manager who crosses paths with an aspiring female writer, this question is put to the test. A charming yet awkward crush becomes something even more sinister when the writer becomes the manager’s obsession. Using social media and the internet, he uses every tool at his disposal to become close to her, even going so far as to remove any obstacle –including people — that stands in his way of getting to her.
GOSSIP GIRL
Blair Waldorf is the toast of the adolescent lot at the Upper East Side school and envied by one and all. But, her perfect life is unsettled when her ex-best friend enrolls at Blair’s private school.
WITCHER
The Witcher is an American fantasy drama series produced by Lauren Schmidt Hissrich. It is based on the book series of the same name by Polish writer Andrzej Sapkowski. The first season, consisting of eight episodes, was released on Netflix in its entirety on December 20, 2019.
MR ROBOT
Elliot, a cyber-security engineer suffering from anxiety, works for a corporation and hacks felons by night. Panic strikes him after Mr Robot, a cryptic anarchist, recruits him to ruin his company.
Whats your favourite series?
Latest Show Content 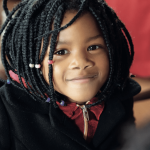 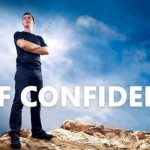