South African Airways (SAA) on Friday (20 March) announced it will suspend all international and regional operations until May 2020, to help combat the spread of the Covid-19.

It is not the only airline to cancel bookings, following numerous travel bans globally, while restrictions on gatherings has resulted in a flood of cancellations within the travel, entertainment and tourism industry.

This has caused widespread confusion about the rights and responsibilities of affected parties in relation to claims for refunds, says Consumer Goods & Services Ombudsman (CGSO), Magauta Mphahlele.

“While it is the view of the CGSO, based on its interpretation of the spirit and intent of the Consumer Protection Act (CPA), that consumers have a right to a full refund in these circumstances – if a postponement is possible, we urge consumers to rather take this option rather than request a refund to minimise the impact on suppliers who are also not at fault,” said Mphahlele.

She advised suppliers to treat each case on its merits and develop incentives to encourage consumers to accept postponements where possible.

“As a result, it is the interpretation of the CGSO, based on the intention behind section 17(5) of the CPA, that consumers are entitled to full refunds when they cancel due to the travel bans and restrictions on gatherings.”

The CGSO’s view is that consumers cannot be charged a cancellation penalty and be refused a refund irrespective of who initiates the cancellation due to the travel bans and restrictions on gatherings.

“Many suppliers are offering consumers the option to postpone the bookings or reservations to a future date instead of a refund and this raises questions of whether suppliers have the right to do so and if consumers must accept that offer,” she said.

She added that Section 47(4) of the CPA does allow the supplier to rely on a legal defence against a claim for a refund if they make an alternative offer to satisfy the promise to deliver, but the consumer has to consider and choose if they want to accept that offer.

Mphahlele further cautioned suppliers not to use the disaster to circumvent the law and unnecessarily inflate the prices of goods and services.

“If suppliers are not able to resolve disputes relating to cancellations between themselves and consumers, they are to advise consumers to approach the CGSO,” she said. 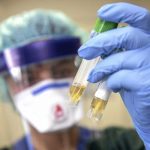 The number of COVID-19 infections has jumped up to 202. 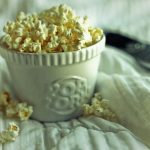