It has been a notoriously difficult time for restaurants and bars of late as no alcohol could be sold on premises. And so what did bartenders do? They pivoted and found a plan to make some money.

A group of bartenders from Cape Town joined forces and opened a car wash service called The Cartenders.

One of the founders of this awesome organisation, Cassandra Eichhoff, who is also the director of the Cape Town European Bartender School.

Cassandra joins Ryan on the line to talk about their awesome initiative, have a listen 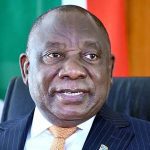