She led the police’s 16 Days of Activism for no violence against women and children campaign in Delft South, on Wednesday.

The commissioner also announced that a group of bikers will be riding across the province raising awareness about the scourge.

The bikers, who include police officers, will visit areas such along the West Coast, the Karoo and Southern Cape over the next two weeks.

Matakata says they continue to equip members on how to deal with GBV complaints at police stations.

“ We get a lot of training, being the organisation that is highly regulated. We got policies, instructions, and regulations which guide us how to do our work. But unfortunately we have still have amongst us those who are not doing what they’re supposed to do. It’s not that we don’t know what to do, it’s just some of us we don’t do our work as expected”.

Matakata admits that the Delft area is the GBV hotspot.

“ It’s not a mistake we came to Delft, because nationally this area is a problem. In the province, when in comes to rape, Delft is among the top police stations, and national, the area is problem.  We are paying special attention as the police and that didn’t start now”. 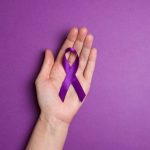 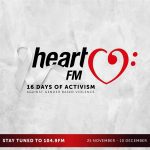