A bit about her thesis:

Wembley Roadhouse and Super Fisheries have cemented themselves as food institutions on the Cape Flats. Family-owned take-aways establishments that appeared on the black periphery and catered for the black consumer were popularised amid the political and economic upheavals of forced removals in the 1970s. The shifting labour market, changing work schedules, and hardening political climate was reflected in the popularisation and consumption of breadbased take-aways on the Cape Flats. This research sets out to show how the production and consumption of the Wembley Whopper and the Super Fisheries Gatsby constituted cultural signifiers of agency that were historically embedded within a set of discursive practices and a business ethic that distinguished halal take-aways from franchised and state subsidised food. Ideas of tradition and health became categories through which racial discourse was operationalised by both cultural and scientific agents of the colonial and apartheid state. Nevertheless, the Whopper and the Gatsby represented fast food culinary adaptations that appealed to a mobile generation of activists that challenged social restrictions and ideas about race and diet. 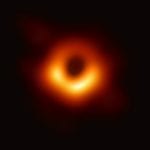 What is the Significance of the Black Hole #HeartBreakfast 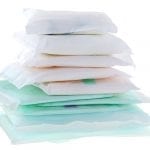 #running4pads an INCREDIBLE Initiative for Young Girls in Need