Smoking increases the risk of heart attack in all people, but much more so in young women, a new study shows.

British researchers examined data on more than 3 300 cases of acute ST segment elevation myocardial infarction (STEMI) that occurred in the Yorkshire region of England between January 2009 and July 2014.

STEMI is sometimes called a major heart attack and is caused by complete blockage of one of the main heart arteries. Previous research has linked smoking to nearly 50% of STEMI cases.

One reason why women are at much greater risk of a major heart attack is that smoking may lower their levels of oestrogen, which has been shown to protect against narrowing of the arteries.

There are several possible reasons why smoking leads to a much greater risk of STEMI in women than in men, according to the authors. One is that smoking may lower women’s levels of oestrogen, which has been shown to protect against narrowing of the arteries.

Also, men have larger heart arteries than women, which means that chronic inflammation caused by smoking may result in greater narrowing of women’s heart arteries.

The authors noted that while smoking increases the risk of STEMI, the risk is quickly lowered if you quit.

“Our study found that smoking cessation, regardless of age or gender, reduces STEMI risk to that of a never-smoker, possibly within a month,” said study senior author Dr Ever Grech a consultant interventional cardiologist at South Yorkshire Cardiothoracic Center in Sheffield.

“Patients who smoke merit encouragement to give up their habit, and this study adds quantitative evidence to the massive benefits of doing so,” Grech said in a journal news release. 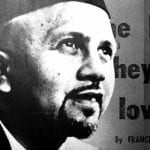 A special tribute to The Imam and Us at the Artscape 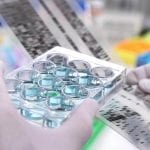