Sets of twins are commonly grouped into two classes: monozygotic, or identical; and dizygotic, or fraternal. Identical twins result from a fertilized egg (an egg that has fused with a sperm cell) dividing in two. Both newly identical fertilized eggs can then go onto to develop into their own organisms, sharing identical genes, the functional units of DNA. Fraternal twins are instead the result of two sperm cells each independently fertilizing a separate egg. In this case, the twins share about 50% of their genes, the same as any other set of full siblings, and can have different biological sex, unlike the former case. For the second time ever, a group of researchers in Australia have discovered a pair of “sesquizygotic,” or semi-identical, twins, resulting from a distinct fertilization process.

If you’re a twin, you know the simple, unique things that happen throughout your life that doesn’t happen to anyone else. You share a birthday, you have a certain bond that no one else can relate to, and you grow up together in the same environment. It’s an amazing experience that you may not cherish at first, but as you grow older you start to realize how much of a gift having someone so close to you is. Fraternal or Identical, every twin could relate to this list in different ways. 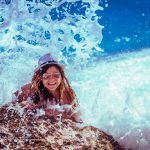 New Year’s Resolutions that should be on your list 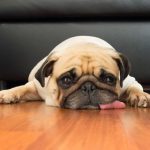 Surviving the First Week Back at Work