Nothing prepares you for a bike tour like “time in the saddle.” Even if you excel at other sports and consider yourself a strong athlete, you owe it to yourself to get a lot of riding in before your tour — you use a lot of different muscles riding a bike.

Also, when we’re out on tours, we hear more people groaning about sore butts than sore muscles! Bottom line (sorry): ride more, and your butt will thank you later!

Even if you’re accustomed to long distances, remember that you’re going to be riding at a leisurely explorer’s pace. This means you’ll be on your bike longer than you expect, and certainly longer than weekend rides at home.

It’s not at all uncommon for people who ride at 12- or even 18- mile-per-hour paces at home to average less than 8 miles per hour on a bike tour. There’s so much to see!

Here’s a rough guide to help you prepare for being ready for your tour. Don’t wait until two weeks before your bike tour – the earlier you start your conditioning program, the better shape you’ll be in.

We recommend that you work up to riding at least your tour’s average daily distance (ADD) at least once a week by 12 weeks before your tour. Don’t worry about speed. Just relax, be comfortable and enjoy—just like you will during your tour. 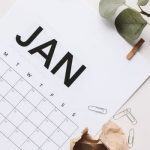 The National Calendar for 2020 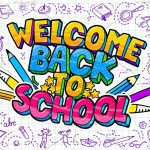