In my 46-year career in traffic, I have participated in many workshops and delivered countless number of papers; I have communicated with Provincial leaders as well as dignitaries from other countries; I have represented our own political heads at different forums; I have chaired Provincial Road Traffic Committees; I have given many, many reports at national level; I have spoken on radio countless times and have done on-line as well as on-site TV interviews off the cuff, some in studios and others at locations at times, not forgetting the live interviews where one has to literally think as you speak, but today – as I stand on the eve of concluding this chapter of my life, I am at a loss for words.

I have been thinking long and hard about this day, the 31st July 2020, when my 46 years of uniformed life would come to an end and it was relatively easy to do all the farewell interviews that I was called to do over the last two to three weeks. I am truly very appreciative of all these opportunities which were afforded me and very humbled by all the good thoughts that was said about me in printed articles as well as on the air. However, now that I am sitting down, reflecting on my past career and wanting to respond to all that was said, I realise how difficult it is to single out any specific person as I am indebted to a great number of individuals for having supported me over this period of time. In one of the appreciation articles that was published recently, I commented to say that I have indeed started to write my biography and maybe I should dedicate the last chapter to the names of individuals that I so much wish to mention and in that way, ensure that you will at least read my book.

On a more serious note, I wish to acknowledge everybody in the Department of Transport and Public Works, where I will be retiring from, as well as all colleagues I left behind at Dpt of Community Safety when Traffic Management migrated during 2014, together with colleagues from all sister Departments and other Government entities, for the role that you played in my career. I have also served as Traffic Chief in George for two years and left behind dear friends when I returned to the Province in 2010. Many colleagues in the Province as well as those from the different Municipalities in the Western Cape and all the other Provinces became friends over the years as we served on numerous traffic forums – the names too many to mention. Furthermore, there were my media friends from across the Province with whom I interacted daily as we constantly tried to keep all road users informed, some of whom I had built an association since the days of one-on-one interviews, until today where I can post one report and reach all of approximately 200 of you on my whatsapp group.

I trust that I have somehow over the years contributed positively to the never-ending fight against the high rate of crashes and fatalities that we experience on the South African road network annually. I also trust that together we will continue, even though my official term has come to an end, stay confident that all the effort we have put in over the years, will bear fruit as road users change attitude and behaviour, which will result in safer roads in our Province.

As a final remark, I would like to take my leave with the following quote of Nelson Mandela: “What counts in life is not the mere fact that we have lived. It is what difference we have made to the lives of others that will determine the significance of the life we lead.”

Yours in Traffic KHR Africa

Aden speaks to Kenny Africa on #HeartBreakfast, have a listen 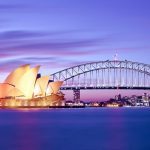 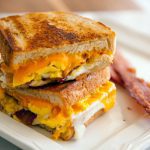 Jenny from the block is back! #FoodingAroundWithJennyMorris