World UFO Day is an awareness day for people to gather together and watch the skies for unidentified flying objects. The day is celebrated by some on June 24, and others on July 2. June 24 is the date that aviator Kenneth Arnold, reported what is generally considered to be the first widely reported unidentified flying object sighting in the United States, while July 2 commemorates the supposed UFO crash in the 1947. According to UFO watchers, in 1947 a flying saucer with aliens on board landed outside the New Mexico town of Roswell. However, authorities did an elaborate cover-up of the incident they claimed.

The awareness stretches far and wide, also the possibility of existence of aliens/ intelligent beings from outer space. The day is also used to encourage governments across the world to declassify their knowledge of UFO sightings throughout history.

On 29 April, the Pentagon released three short videos showing “unidentified aerial phenomena”. On 27 April, the department of defence said that the videos were taken by US Navy pilots in 2004 and 2005, and had been circulating on the Internet since being leaked in 2007 and 2017.

However, according to NASA “no astronaut has seen a UFO in space.” 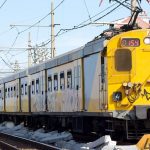 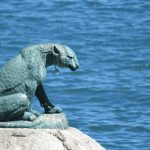 What is the blue statue in Hout Bay actually about?