Selena Quintanilla made her recording debut in the ’80s, going on to become an award-winning recording artist in the Latin music scene with albums like Amor Prohibido and Selena Live. In 1995, she was murdered by the founder of her fan club. Her last album, Dreaming of You, was released posthumously in 1995.

Around the age of 10, Selena became the lead singer in her family’s band. The musical group started out playing weddings and clubs in their native Texas. The band featured her brother Abraham on bass guitar and her sister Suzette on the drums.

Selena’s murder sent shockwaves through the Latino community, and her fans around the world mourned the singer’s passing.Yolanda Saldivar, the founder of the Selena fan club, killed Selena. Saldivar had been managing Selena’s boutique in San Antonio. The two were meeting in a hotel room to discuss Selena’s concerns that Saldivar was embezzling money, according to court records, when Saldivar shot Selena. Saldivar claimed the shot was accidental. She was sentenced to life in prison in October 1995. 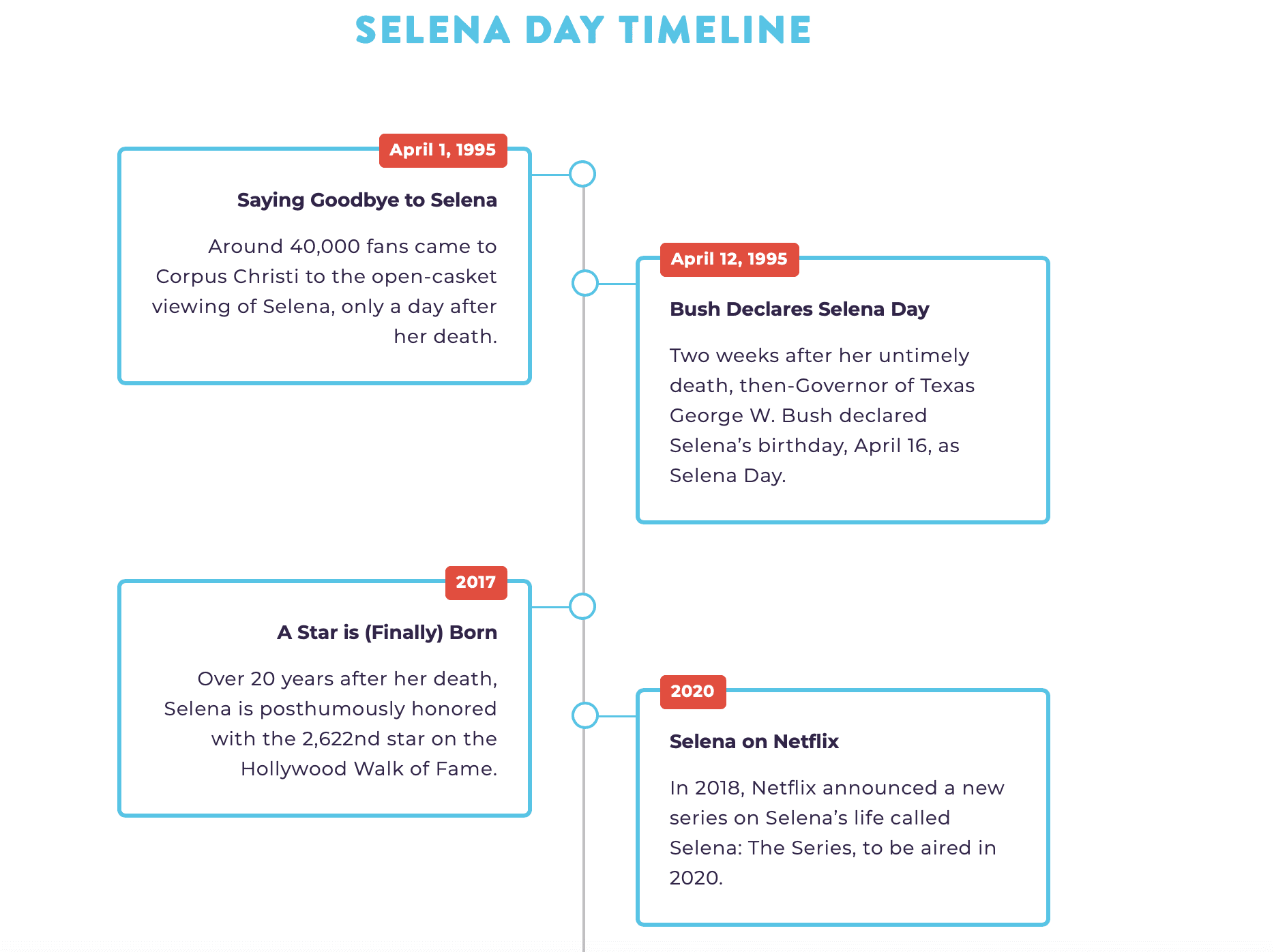 Part of what made Selena’s life so remarkable was the path the path she carved for other Latina artists, particularly. She is often credited with bringing Latin music into the mainstream, and a great way to honour her on her birthday and Selena Day is to listen to and promote your favourite Latinx artists.

Some of Selena’s most successful songs, “Como La Flor,” “Bidi Bidi Bom Bom,” “Si Una Vez,” and “Dreaming of You,” are still popular today – for a reason! Jam out to some of her music and check out a YouTube video to learn her iconic accompanying dance moves.

Sweet roasted gems with creamy corn and cheese – too lekker!