Have you ever met someone that is disinterested in having kids? That concept is so profound to them that the option isn’t even on their radar? Perhaps you are that person. Or are you on the flip side that it could go either way?

History has proven itself time again to be part of the standard set for society. This notion of having a child is what we were put on this earth to do.” Procreation is the what we are made for.” Having kids was once considered a necessity for every woman, but the last few years have shown shifting.

Society are so quick to judge women and say that they are selfish for not wanting kids. Have you really thought about why you don’t want kids? But if you are a bit on the unsure side, here are a couple of tips to help you make your decision.

Step 1: Know what’s important to you

Religion might come to play in your decision for creating life. Know your stance in your religion, what you’re believing in.

Know your status in society. Are you someone that follows the social norms? Are you simply doing it because everyone else is doing it? Yes, all the tough questions one after the other.

Fear and regret could be a massive impact in having a kid as you are afraid to miss out on the opportunity. FOMO (fear of missing out) is real and alive.

Having kids shouldn’t be something to fill an empty void. The idea of,” Having kids won’t keep you from being lonely when you’re old” appears to be a motivation for having kids.

Curiosity doesn’t always kill the cat. Procreation isn’t a tester to “see”. Lab coats will be used in the ER but that is about it, no experiments with little ones.

Many people cite their kids as the most meaningful part of their lives, but that doesn’t mean we should. Not having a kid isn’t the end of the world.

Good parenting means honoring kids as their own people, with their own lives, whose “meaning” is entirely separate from ours — and vice versa. Having or not having children is your choice to make as a woman. You’re a vessel to create life. 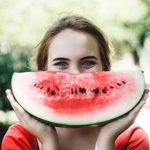