The Western Cape Education Department says support will be given to Grade 12 learners ahead of the National Senior Certificate exams.

A number of learners returned to school on Monday, after a short recess.

Authorities say around 52,000 matriculants have been registered in the province this year.

The department says it will assess attendance of learners and address concerns at schools where attendance may be low.

According to the National Department of Basic Education, the end-of-year exams are expected to start from October until December.

It says Matric results will then only be released in February 2021.

“Given the extended of the school year and additional days provided to matriculants, there’s no excuse but to remain positive, focused and determined to compete their NSC. While we understand that these past few months have been tough and very stressful, and we know there’re still challenges ahead. We know that many of our matriculants have really worked hard, and we’re here to support them in this final leg of their 12 year journey and schooling career”. 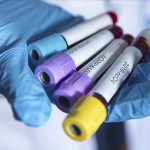 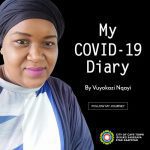