South Africa is calling on the government to rethink their decision on the ban of cigarette and alcohol, to help save our economy. Too many industries and people have been affected so badly, to a point of no return or recover. A recent UCT study found that the ban on the tobacco products has done nothing more than fuel the illicit trade industry and the researchers called for its immediate repeal.

The alcohol industry is asking for the data for the reason behind the ban, saying most alcohol was not the cause of the surge in trauma cases in hospitals when it was briefly lifted. The 120 000 people employed in the alcohol industry are at risk of losing their job due to the ban. The industry is continuing with conversations with government through bodies such as the National Economic Development and Labour Council but a solution needs to be reached soon.

Meanwhile, the Restaurant Association of South Africa has asked restaurants to stop selling alcohol illegally. Restaurants have also called for the ban to be lifted, saying a big part of their business is dependent on alcohol and the ban puts the industry at risk. 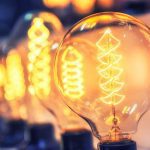 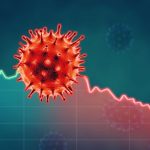 The Health Department says 345 more people have succumbed to Covid-19 in South Africa on Tuesday.