South Africa has recorded the highest number of covid-19 related deaths in a single day with 572 fatalities on Wednesday.

The majority of the new fatalities were confirmed in the Eastern Cape with 400.

It’s followed by Gauteng with 114, the Western Cape with 35, KwaZulu Natal with 18 and the Free State with 5.

This means that there’re 159 833 active cases in South Africa. 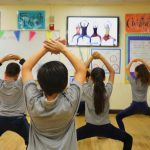