The latest number of confirmed cases is 16 433.

286 deaths have been recorded in the country.

In the Presidents weekly newsletter on Monday, he said “While we would prefer to avoid the need for any legal action against government, we should accept that citizens who are unhappy with whatever action that government has decided on implementing have a right to approach our courts for any form of relief they seek. This is a normal tenet of a constitutional democracy and a perfectly acceptable practice in a country founded on the rule of law.”

In a statement on Monday as well, Mayor Dan Plato said the metro continued to adjust its economic impact modelling and scenarios, and working closely with small and big business to minimise the loss of employment.

“We will continue to prioritise the safety of our residents, while responsibly calling for the opening up of our economy because we simply cannot allow our economy to be stalled any longer. All of this forms part of the Dynamic Operating Framework that was rapidly developed and adopted during the early days of the lockdown, and continues to be tweaked as new data becomes available,” Plato said.

Cricket South Africa have bowed to the national government’s ultimatum

Reasons to look forward to Summer 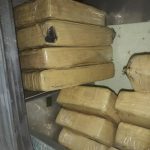 A 37 year old was arrested for cocaine worth R30 Million 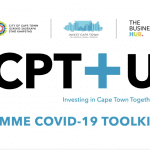 Clarence Ford speaks to CEO of Cape Town Tourism, Enver Duminy about the effects from Covid-19