Of the new fatalities, Mpumalanga had the highest number of deaths at 45.

The Health Department says more than 5,000 new infections were recorded over the past 24 hour cycle.

The cumulative number of confirmed cases now stand at 516 862.

However, the department says the total number of recoveries is at 358 037.

This indicates that the country has 150 286 active cases.

The department says more than 3 million tests have been conducted so far. 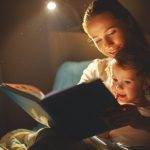 Parents are writing their own stories to read to their kids – INCREDIBLE! 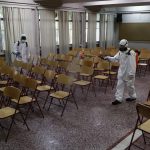