The City of Cape Town will appeal the recent court judgment on evictions in the city.

Mayor, Dan Plato has instructed his legal team to prepare papers for the appeal.

Last week, the Western Cape High Court ruled that the City must get a court order before it executes any evictions or demolitions.

It also stated that if an order is granted; law enforcement officers should do so in a manner that respects and upholds the dignity of those evicted.

But City says the right to protect land from invasion would be limited, if it will be required to obtain an order.

The City believes that the court erred in granting this relief.

It’ll argue that the remedy of counter-spoliation remains lawful and available to all other landowners.

Mayor Plato’s spokesperson, Greg Wagner, says the court failed to consider properly, or at all, evidence presented by the City.

“The City protects land from illegal occupation in a number of ways. This is done within the ambit of the Prevention of Illegal Eviction from and Unlawful Occupation of Land (PIE) Act and the common law remedy of counter-spoliation.will continue to stand up for the residents of our City and we will act to prevent land invasions until the ruling has been reviewed” 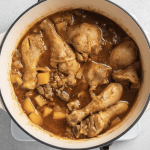 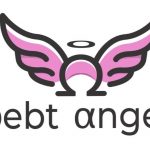 Why are Debt Angels best for you?