The City of Cape Town says all its Personal Protective Equipment contracts are above board.

The municipality has released details of all the companies it claims to have done business with between the 16th of March and the 31st of July 2020.

The City says it spent more than R72,8 million on PPE for frontline and essential staff members.

It follows a similar initiative around national Government’s Covid-19 purchases.

President Cyril Ramaphosa has appointed a task team to investigate all contracts for the procurement of PPE during the pandemic.

That team will prepare a comprehensive report which the President intends to release publicly, amid a slew of allegations of corruption.

Cape Town’s Deputy Mayor Ian Nielson says the city has properly accounted for all the money it spent.

“The City has a zero-tolerance approach to corruption. Staff are required to sign declarations of interest so that we can see who is connected to whom and ensure our processes are ethical and legal” 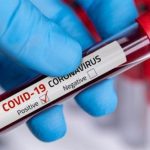 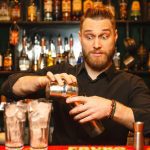 What happened to bartenders during the alcohol ban?