Nothing beats the touch of silver on your skin, especially when it’s your team who’s won the trophy. Suga was joined by the MTN8 Final Champions, Cape Town City as we celebrated the citizens on the show and kissed the trophy a couple of times. Peter Leeuwenburgh chatted about his heroics on the day which ultimately led to the City victory. After a goalless 120 minutes, Benni McCarthy’s side downed SuperSport United 4-1 on penalties.

Craig Lucas Speaks to Aden Thomas about Coming Out #HeartBreakfast 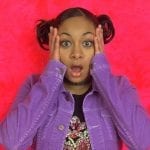 Raven Symone chats to Suga about the second season of, “Ravens Home.”