Drive326 were joined by Monique Rockman and Ben Overmeyer to chat about the new smash hit, Nommer 37.

The movie is set in a fictional portrayal of the Cape Flats, wheelchair-bound Randal Hendricks (Irshaad Ally) and his girlfriend Pam (Monique Rockman) have to adjust to his new life after a drug dealing-related incident leaves him paralysed from the waist down.

To make matters worse, Randal is in financial debt to merciless loan shark Emmie (Danny Ross). Just when he believes he’s found a way out in the form of binoculars gifted to him by Pam, he’s inundated with even more problems.

This is the big screen debut of actress Monique Rockman in the leading role, and she’s accompanied by the only other noteworthy female actress within the film, Sandi Schultz, whom we have seen in Binnelanders as well as Noem My Skollie. Herein she plays the role of detective Gail February. 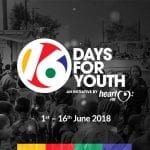 Reflecting on 16 Days For Youth 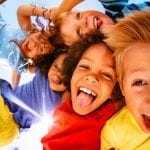 Things To Do During School Holidays