The Laureus Sporting Moment Award celebrates moments where sport has unified people in the most extraordinary way, demonstrating how sport has the power to change the world

BERLIN, February 10, 2020 – Fans have voted in droves their tens of thousands to choose the top five sporting moments of the last twenty years. The Laureus Sporting Moment Award celebrates the moments where sport has unified people in the most extraordinary way, shining a light on those unforgettable moments that have changed sporting history and inspired fans and followers around the globe.

Sports fans from around the world voted for their greatest sporting moments from the new millennium exemplifying sporting values such as fair play, sportsmanship, humanity, overcoming adversity, dedication and the power to unite through sport – all key values of the Laureus movement and the shortlist is down to the top five:

Ability of the Mind
The story of South African swimmer Natalie du Toit, who not only returned to swimming after having her left leg amputated following a scooter accident, she competed against able-bodied swimmers at both Commonwealth and Olympic Games.

Carried on the Shoulders of a Nation

On his sixth attempt, legendary batsman Sachin Tendulkar and the India men’s national cricket team finally achieved a glorious victory at the 2011 ICC World Cup. India’s historic defeat of Sri Lanka by six wickets in the final was watched live by an estimated 135 million fans across India.

The story of incredible strength and fortitude shown by the Chapecoense football team whose team was wiped out by a plane crash whilst traveling to the 2016 Copa Sudamericana finals. Just 54 days after the disaster Chapecoense played a friendly match against Palmeiras. In a highly charged ceremony, surviving players Jackson Follman, Alan Ruschel and Neto wept as they received the Copa Sudamericana trophy on behalf of their teammates.

A Challenge of Fate

Already a double-amputee having lost his feet whilst attempting to ascend Everest, Xia Boyu’s world was turned upside-down when he lost both his legs to cancer. However in 2018, at the age of 69 and on his fifth attempt, Xia Boyu realised his ultimate dream – he climbed Mount Everest, becoming only the second double-amputee ever to scale the mountain and the first to reach the summit from the Nepalese side.

Following in the footsteps of the most successful driver in the history of Formula One is a tough challenge, yet Mick Schumacher is doing just that. Competing on the formula 2 circuit, and earning a place in the Ferrari driving Academy, Mick is making waves in the motorsports world.

To mark the 15th anniversary of his father’s 2004 title success, Mick Schumacher took part in a demonstration run at the track where Michael Schumacher historically captured four of his record 91 Formula One wins – Hockenheim. Mick retraced his Dad’s footsteps and got behind the wheel of Michael’s race-winning car, in a poignant and emotional display.

Voting takes place at laureus.com/vote until February 16, with the winner being announced during the Laureus World Sports Awards Show on Monday February 17 in Berlin.

It was at the inaugural Laureus World Sports Awards in 2000 that Laureus Patron, Nelson Mandela, spoke the words which sparked the creation of the worldwide Sport for Good movement. 20 years on, these words still guide Laureus today – ‘Sport has the power to change the world; to unite people in a way little else does’. From sports stars to sports fans and the young people in Laureus Sport for Good programmes around the world: Sport Unites Us. 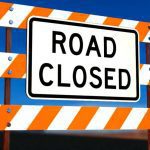 Road Closures for the Federer and Nadal Tennis Match today 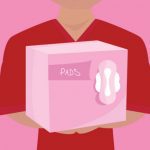 A Dad’s Guide To Periods