Laureus launches the Laureus Sporting Moment 2000 – 2020 public vote, which gives sports fans the power to choose one of the winners of the prestigious Laureus World Sports Awards. In Berlin on February 17, the 20th anniversary Laureus World Sports Awards will honour the greatest sporting triumphs of 2019, celebrate the power of sport in transforming the lives of young people around the world and, through this campaign, award the greatest Laureus Sporting Moment of the last 20 years.

The Laureus Sporting Moment Award celebrates the moments where sport has unified people in the most extraordinary way.  This campaign shortlists 20 sporting stories from the last 20 years that have left their mark on the world. Shining a light on those unforgettable moments that have changed sporting history and inspired fans and followers around the globe. A collection of the world’s greatest sporting moments from the new millennium exemplifying sporting values such as fair play, sportsmanship, humanity, overcoming adversity, dedication and the power to unite through sport – all key values of the Laureus movement.

The Laureus Sporting Moment 2000 – 2020 public vote will celebrate the transformational power of sport and reinforce Laureus’ 20th anniversary message that ‘Sport Unites Us’. It was at the inaugural Laureus World Sports Awards in 2000 that Laureus Patron, Nelson Mandela, spoke the words which sparked the creation of the worldwide Sport for Good movement:

We need to get the South African public to support her by voting at: laureus.com/vote – Voting closes on Thursday.

Listen to the podcast with Natalie and Aden here: 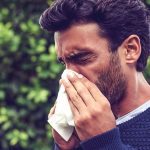 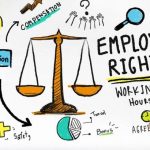