South Africa will ease down to Lockdown Level 1 from next week Monday.

In an address to the nation on Wednesday night, President Cyril Ramaphosa outlined some of the main changes that’ll take effect.

These include opening the borders to international travellers from most countries in two weeks time, allowing gatherings of up to 250 people indoors, and 500 outdoors, and the extension of the Unemployment Insurance Fund benefits until the end of the State of Disaster.

Ramaphosa says despite these relaxations, a four-hour curfew will remain in place.

” As part of the gradual return to regular economic and social activity: The hours of curfew have been changed. The curfew will now apply between midnight and 04h00.

Ramaphosa adds that restrictions on the sale of alcohol will also continue.

“The sale of alcohol at retail outlets for home consumption is now permitted from Monday to Friday, from 09h00 to 17h00. Alcohol will be permitted for on-site consumption in licensed establishments only and with strict adherence to the curfew”. 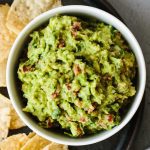 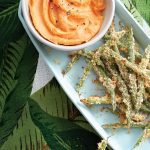