Political Pitch: Interview series with the premiere candidates for the Western Cape over the next couple of weeks.

Socialist Workers Party’s candidate for the Western Cape, Vuyo Lufele, joins us on the line…

There shall be equal access, treatment and status for all people in South Africa in the organs of state, in the courts, in the schools and in all social services and facilities.

All South African languages shall be treated equally and developed. There shall be no discrimination of any language for any reason. The current dominance of English in the courts, schools and universities and commerce shall be ended.

Every South African shall have equal rights to use any South African language of their choice anywhere in the country, and to freely participate in the development of any folk culture, customs and traditional practices as long as these are not discriminatory.

All linguistic and cultural groups shall be protected by law against insults to language, culture and traditional practices as long as these are not in conflict with the national constitution and any written law.

Tribalism, regionalism, provincialism, racial or any similar discrimination and contempt shall all be punishable crimes. The provinces are nothing but reformulated bantustans. The provinces shall be disbanded and direct, constituency-based representation established, subject to instant recall and no elected delegate can earn more than the average wage of a skilled worker.

The Socialist government of South Africa shall ensure that the histories of all the peoples of South Africa are scientifically, accurately and properly recorded and taught in schools, colleges and universities in the country. Every school shall have functioning Art and library departments. Education shall be free and liberatory from pre-primary to university levels.

Heres the interview, have a listen: 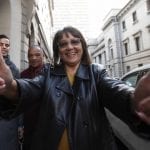 Will you VOTE for Aunty Pat? #HeartBreakfast 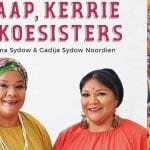