Shekhinah, born Shekhinah Thandi Donnell, is a Pop/R&B vocalist and songwriter born in Durban, South Africa. After singing and performing in musicals for many years throughout her childhood and early teens, the young artist landed her first major gig competing in South Africa’s seventh Season of the hit television show, IDOLS, where she made Top 32. After being eliminated Shekhinah proceeded to enter the competition in its 8th season where she landed in the Top 6 of the overall competition. She completed a Live Performance degree at AFDA in 2017.

2018 has been a wonderful year of growth for Shekhinah with her being nominated for 6 SAMA’s and winning 3 (Album of the Year, Best female artist, Best Newcomer). With the success of her singles “Suited” (certified diamond), Shekhinah has taken her performance all over Africa and next year, Shekhinah will be LIVE at The Heart Cape Town Music Festival at Newlands Cricket Stadium on the 9th of February 2019! Buy your tickets: https://online.computicket.com/web/event/heart_cape_town_music_festival/1267779723/0/90304448

Listen to her interview on #HeartBreakfast 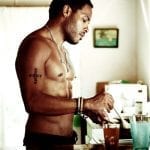 Guess What Day It Is Today? 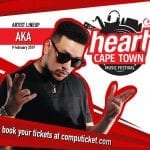