This morning was all about planes and pilots – Fatima Jakoet, joined us in studio to share her inspiring story…so far.

Fatima, currently Senior First Officer at South African Airways. Started her aviation career in 2001 as part of the SAA cadet pilot programme. After completing her commercial pilot’s license with frozen Airline Transport pilot license, she joined Airlink in November 2002. She joined SAA in June 2005 as a first officer and is endorsed on the Airbus A340, Boeing 747-400 and currently operates the Boeing 737-800. She has more than 8000 flying hours. Fatima is an MBA graduate from the Stellenbosch Business school and holds a BTEch (Chemistry). She has worked as a forensic scientist on both the National Health Laboratories and SAPS forensic teams.

The Sakhikamva foundation specialises in aviation awareness and skills development, identifying and cultivating the untouched talent pool within the youth of South Africa.  Since its inception in September 2010, the foundation has shared her passion for aviation with over 25,000 learners, aged 5 to 18, throughout the country. The Foundation currently runs seven programmes and to date the most successful are the Robotics Workshops, Model Aircraft Building Courses, the Paper Jet Competition, and the Wings2Fly Campaign.

Asked about the concept behind the foundation, Fatima replied, “When my dream to be an airline pilot was realised, I wanted to make it possible for the youth of South Africa who have the same desire and passion for aviation. This gave birth to the Sakhikamva Foundation in 2010.” The foundation now constitutes several dedicated members, each sharing Fatima’s passion.

A brief overview of the foundation’s current projects:

Sakhikamva Foundation endeavoured to broadened its reach within the country by launching yet another innovative annual program; the ‘Sakhikamva Airplane Challenge’ in 2015. This is a national, interschool model airplane building challenge. It aims to create awareness and interest in the aviation and engineering sectors, highlighting the close link between the two.

The challenge requires students to design and build a model aircraft by following an elementary design process from the drawing board to the construction of a prototype and finally the submission of a design report. Preparations for the project, set to commence in the July school holidays of this year, are currently in progress.

The initiative has been inundated with support from numerous major organizations within the country. The foundation has partnered with the engineering faculties and schools of the major universities of South Africa for support and assistance. This also enables the challenge to be accessible to learners anywhere in South Africa.

The Sakhikamva Airplane Challenge is the prime project of the foundation, and its greatest event yet. Sakhikamva is aiming to ensure that a solid foundation is laid to feed the aviation pipeline. The foundation may be reached at www.sakhikamva.org 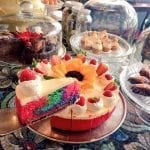 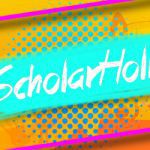