Season One of Hitched series takes viewers on a journey around the country to find the legendary water-dwelling creature of the Congo River basin folklore, Mokele-Mbembe.

Their current plan is  to go find Ellen degeneres and get her to help them sell season one. So that’s where they’re off to now. They actually ran a couple public poles and got people to vote on which celebrity they should go find- and the public chose Ellen.

It’s gonna be about 6 months, 28000 KM and we gotta cross the Atlantic ocean. Hence us being in CT, we’re actually busy searching for a boat… So we’re actually sort coming into the first week of shooting.

Heres the interview with Luke and Suga 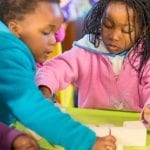 Zee Entertainment has Announced the Exciting Launch of Mehek, the First Bollywood Production