The iconic show that has adapted over the years since it was started by Patience Stevens, always showing “the best of the good life”, has made name stars of multiple walk-and-talk presenters who found fame after being hand-picked to front the glamorous lifestyle magazine show that has been a weekly staple on the SABC schedule for decades.

The show became such a permeating force in South African popular culture that people started referring to mega-mansions as “A Top Billing house” or lavish weddings as a “Top Billing wedding” – referencing the weekly mansion and over-the-top wedding day profile inserts.

With high production values, including overseas travel inserts and Hollywood interviews, Top Billing kept courting a high LSM viewership as one of the last remaining legacy shows on public television that managed to bring affluent viewers, highly coveted by advertisers, to the SABC.

Sadly, this Saturday will see the end of another of the SABC’s last remaining top legacy brands. Top Billing on SABC3 has been cancelled after 23 years as the South African public broadcaster can longer afford to pay for it. Sowetan Live first reported of the show’s cancellation. As yet there has been no official statement from the SABC or Tswelopele Productions.

Saturday’s final Top Billing episode at 18:00 will include no nostalgic look back, although the show’s one former host and co-executive producer Basetsana Kumalo, will appear in an insert reflecting on her “25-year journey”. 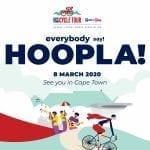 The Cape Town Cycle Tour is upon us, ARE YOU READY? 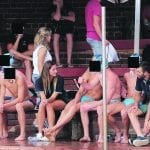