M-Net has announced that production for the new local series, Reyka has begun. The eight-part crime drama stars Kim Engelbrecht and Iain Glen.

This past week, Reyka had its official worldwide premiere at Monaco’s prestigious 60th annual Monte-Carlo Television Festival. This is the first South African television series to have ever opened at the festival; a prestigious honour for Reyka. Other cast members include Anna-Mart van Der Merwe, Hamilton Dhlamini, Kenneth Nkosi, Desmond Dube and Thando Thabethe.

Reyka will premiere on M-Net (DStv 101) in July 2021. Ryan O’Connor caught up with Kim Engelbrecht live on air. 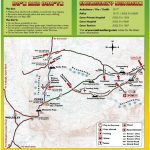