What if the same technology that enables cyberslacking at work – scrolling through social media, browsing online stores, playing smartphone games – could also offer the solution to costly procrastination?

Sam Orton, University of Stellenbosch Business School (USB) MBA student, researched whether the design and technology that get people hooked on online games could also turn beating procrastination into a game, with a winning outcome for both employees and employers.

The answer came via “gamification”, the use of game design elements like avatars, scores, leaderboards and virtual rewards in non-game contexts such as apps for learning a skill or tracking one’s exercise – or, in this case, a gamified smartphone app targeted at boosting productivity.

Gamification can contribute to the motivation that helps procrastinators overcome their work-delaying tactics, could also help those working from home in the “new normal” of Covid-19 to set goals, manage their time and feel more connected to work amid household distractions.

Workplace procrastination and delays in getting the job done come at a cost for businesses in lost productivity and under-performing employees, and a cost to individuals in increased stress and anxiety, lowered self-confidence, a negative reputation at work and, ultimately, reduced employability and earning potential.

“Procrastination is the thief of time, time is money, time waits for nobody – procrastinators have heard them all and still continue to put off getting things done, even though they know there will be negative consequences.

“They struggle to gain control over their procrastinating even though they know it is irrational, and they generally mean no harm to themselves or their employer or client by it. That was the reason for exploring the relationship between gamification and procrastination, to see if it would be a useful tool in helping people to overcome the problem,” he said.

Very little research has been done on the effectiveness of interventions to reduce workplace procrastination, which are mostly based on traditional methods like cognitive behaviour therapy, with a focus on learning tactics for time management and goal setting.

The growing use of computer-based therapy in mental health, and promising results seen in the use of gamification in psychotherapy, along with the growing popularity of smartphones as gaming devices and their widespread accessibility, made exploring a gamified smartphone app as an intervention for procrastination a “logical next step”, Orton said.

Explaining the reason for applying game design and principles to a work-related problem, he said: “When people play games and have fun, their emotional and motivational engagement is plain to see. When people play games, they experience enjoyment, competence, mastery, engagement and flow – all elements of intrinsic motivation in human behaviour. The fundamental concept of gamification is to use this motivational ability of games for reasons other than entertainment, such as in learning a workplace skill or tracking progress of tasks.

“The way that games motivate participation and reward achievement of goals, as well as the instant and continuous feedback on performance, satisfies some of the basic psychological needs of employees in the workplace – autonomy, competence, social interaction and a feeling of belonging – and thereby increases their motivation to get things done and overcome procrastination.”

Orton, who manages a shopping mall in Worcester, enlisted 12 retail store managers, who had scored highest on a survey of procrastination tendencies, to install a gamified task management app called Habitica on their smartphones and record their experiences over four weeks.

The app included game elements like avatars, leaderboards, experience and skill points to be earned, levelling up and earning achievements and rewards, the ability to customise avatars and choose difficulty and rewards, as well as social elements in chatrooms and joining team challenges to reach collective goals.

Participants entered their real-world work tasks into the app, creating goals to be achieved in the “game”.

At the end of the four weeks, the participants reported that using the app had helped them to break their work down into manageable tasks, to prioritise tasks better and that the prospect of earning more points in the game helped motivate them to get difficult or unpleasant tasks done earlier in the day, and to start their next task sooner, making them feel more competent, confident, and less overwhelmed.

Nine of the 12 participants planned to continue using a gamified app to manage their work, be more productive and reduce procrastination, finding that using personalisation and customisation options in the app gave them more control over their own work and daily routine in jobs that don’t usually allow much flexibility.

Orton said the study, albeit with a small sample, had shown that the gaming elements that give people a sense of autonomy, competence and relatedness bolster employees’ internal motivation and in turn reduce procrastination, making work more enjoyable and people more effective.

“The study illustrates the potential for companies to improve productivity by introducing gamification in the workplace and identifies which game elements to consider when designing a gamified app for the workplace. The research also analysed the users’ experiences and perspectives of gamification – this understanding is critical in ensuring that an app actually meets users’ needs and is something they want to use,” Orton said.

He warned though, that for organisations wanting to apply gamification strategies, “it can’t be superficial or just another thing to do”.

“Implementation must be monitored, so the company can really understand where it stands and how people are responding. If it works, it can definitely make a difference between success and failure for individuals and companies.” 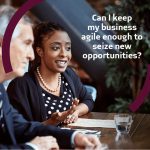 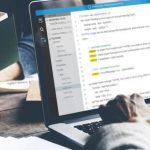