Western Cape Premier Alan Winde and Education MEC, Debbie Schäfer, will appear before the legislature on Tuesday afternoon, over the extension of the Education HOD’s contract.

The Public Service Commission found that the decision to extend Brian Schreuder’s contract was irregular.

Schreuder’s contract was extended when he reached retirement age in 2017.

And a second contract extension was signed off by Premier Winde in 2019.

In its report, the PSC indicated that there was a serious breach as that extension wasn’t approved by the legislature.

The opposition ANC approached the standing committee to request that Winde and Schäfer appear before it, and provide answers about the matter.

The party’s Spokesperson on Education, Khalid Sayed, says the committee needs to hear the side of the commission as well. 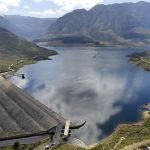