Police Minister Bheki Cele has defended his decision to shut down a production by a film crew at Camps Bay beach, on Wednesday.

He says although the private company had the necessary permit from the city, upon closer inspection it was found that production was not compliant with COVID-19 regulations.

The City of Cape Town says it will approach the high court on an urgent basis for an interdict against the SAPS.

Cape Town’s Political Head for Safety and Security JP Smith says over 30 police officers were instructed to close down the production.

Although Cele did not state the rules that have been broken, he says the production would not be allowed to continue.

Cele was on a day-long visit to various beaches in Cape Town in a bid to inspect operational deployments as well as assess adherence to lockdown regulations. 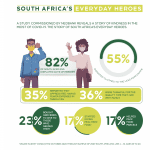