What does this mean for sky watchers? With clear skies, go outside and look up, the red planet will appear brighter than usual and will have an orange or red haze. The next time this will occur again will be in October 2020 however not as close. You can also view it here as NASA will be streaming live from the Griffith Observatory. 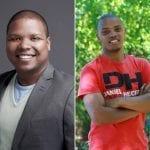