As schools welcomed only Grade 12 learners back this week, the Paediatrician Management Group (PMG) and the South African Paediatric Association (SAPA) together urge government to open schools to all learners and not to allow fear or politics to harm the children of South Africa.

Speaking out against government’s decision to close public schools again, local paediatricians say that the decision is not based on scientific evidence, and the benefits to children of attending school outweigh the risks to both children and the broader community.

With no clear evidence that closing schools significantly reduces community transmission or overall deaths, local paediatric doctors call for all grades to be allowed to return to school as soon as possible.

A COVID-19 modelling study done in the UK which was based on the previous H1N1 epidemic and the SARS outbreak, predicted that school closures alone would possibly prevent only 2-4% of deaths. This is much lower than the effect of other social distancing interventions.

“Those school communities which are at risk, either due to high local transmission rates or poor infrastructure, should be identified and supported immediately to mitigate their risks so that they can reopen as soon as possible. Where schools are unable to reopen, the Department of Basic Education (DBE) must still ensure that all learners continue to have adequate academic material via radio, television, cell phone applications and all other means necessary. Educators must be held accountable for providing ongoing academic support and material at all times,” the paediatricians said. 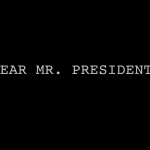 Appeal to President Cyril Ramaphosa – What about the People?