Trains are operating on the southern line, between Cape Town and Retreat, until Friday.

This is to test the system, as additional service is expected to be gradually phased in from Monday.

Metrorail introduced a number of safety measures, to prevent the spread of the coronavirus.

Commuters who’re not wearing a mask won’t be allowed on a train, and only a limited number of tickets will be sold.

Metrorail says about 300 commuters used the service during the morning’s 3-hour operating window.

” Only 1 of the 5 outbound morning trains was cancelled, the other four operated as per schedule. The trains were sanitised on arrival at the terminal and in stations. By and large, our commuters adhered beautifully to the covid-19 regulations and no incidents were reported” 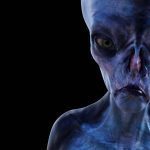