The colourful plastic bricks known as Legos have entertained children (and adults) around the world for nearly 70 years. Legos are used to make toy buildings, vehicles, creatures, machines, anything imaginable — and they can be taken apart and put back together as often as you’d like. That means endless creative play.

Dust off your old Lego set — or use your kids’ — and tinker around for a while. It’s good for relaxation and mental stimulation. Lego even sponsors corporate retreats for adults.

Watch on the big (or small) screen

The Lego Movie (2014) scored 96 percent “fresh” on Rotten Tomatoes, with many praising the movie’s irreverent tone and colorful action. The sequel, The Lego Movie 2: The Second Part, was released 5 years later in 2019. You can also head over to YouTube and watch a Lego creator build breathtaking structures. 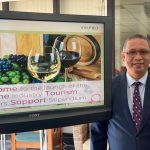 There’s been another urgent call for national government to lift the alcohol ban, to help save jobs here in the Western Cape