Kobe Bryant, one of the greatest basketball players of all time and an internationally recognizable NBA superstar, died in a helicopter crash Sunday outside Los Angeles. He was 41 years old.

Bryant was flying with his 13-year-old daughter Gianna and seven other people when the helicopter went down in Calabasas, Calif around 10am Sunday morning.

All nine people onboard the helicopter were killed, but pending official word from the coroner, he would not confirm the passengers’ identities. “It would be entirely inappropriate right now to identify anyone by name,” Villanueva said at a news conference.

Before retiring from the NBA in 2016, Bryant played for the Los Angeles Lakers for the entirety of his two-decade career, winning the NBA Finals five times.

Cause of helicopter crash under investigation

Some 56 personnel, including paramedics, responded and found a quarter-acre brush fire that was caused by the crash, Osby said. Firefighters hiked into the crash site and a helicopter hoisted paramedics down to search for survivors, but rescue crews found no one alive.

The National Transportation Safety Board (NTSB) and the Federal Aviation Administration (FAA) are investigating the cause of the crash.

Tributes from around the world for Kobe Bryant

The tributes that have poured following Bryant’s sudden death are one small indication that Bryant made an impact well beyond the basketball court—from former President Barack Obama, to fellow NBA legend Michael Jordan to President Donald Trump.

In a statement, Los Angeles Mayor Eric Garcetti called Bryant “a giant who inspired, amazed, and thrilled people,” adding that “he will live forever in the heart of Los Angeles, and will be remembered through the ages as one of our greatest heroes,” he said.

RIP KOBE BRYANT AND GIANNA BRYANT, FLY WITH THE ANGELS 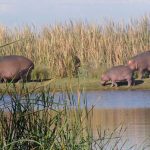 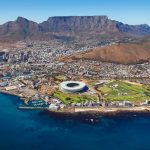 Your Weather Forecast for the Week in Cape Town