Reality TV star Kim Kardashian West made a public plea for compassion on behalf of her husband Kanye West. This comes after a public outburst over the weekend at a presidential rally in South Carolina.

Kanye West and Kim Kardashian ‘have been considering a divorce FOR WEEKS’ prior to the rapper’s Twitter meltdown amid fears for his mental health. During lockdown, the couple were said to have been living at opposite sides of their home and at each other’s throats. Kanye shocked fans on Tuesday night when he said he had been looking into divorcing wife Kim since November 2018. It came after he revealed at his South Carolina rally on Sunday that he and Kim considered aborting their daughter North, now seven. Kim took to Instagram Wednesday morning following Kanye’s Twitter meltdown, saying she is ‘powerless’ and calling her husband ‘brilliant but complicated’. Kanye struggles with bipolar disorder and, in 2016, he spent time in hospital after a ‘psychiatric emergency’ that forced him to cancel 21 concert dates.

The reality star said ‘his words sometimes do not align with his intentions’ after he claimed he has been ‘trying to get divorced’ from her since she met his fellow rapper Meek Mill at a hotel.

In his latest rambling Twitter outburst, West said on Tuesday that his wife was ‘out of line’ to meet Meek Mill to talk about ‘prison reform’, and blasted her mother Kris Jenner as ‘Kris Jong-Un’ while accusing the pair of ‘white supremacy.’

Sharing three pages to her Instagram story on Wednesday morning, Kardashian said: ‘Those that understand mental illness or even compulsive behavior know that the family is powerless unless the member is a minor.’

She told her 180 million followers: ‘I understand Kanye is subject to criticism because he is a public figure and his actions at times can cause strong opinions and emotions.

‘He is a brilliant but complicated person who on top of the pressures of being an artist and a black man, who experienced the painful loss of his mother, and has to deal with the pressure and isolation that is heightened by his bi-polar disorder.

‘Those who are close with Kanye know his heart and understand his words some times do not align with his intentions.’ 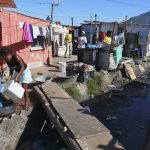 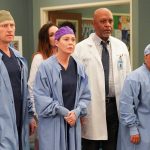 Season 17 of Grey’s Anatomy will cover the Coronavirus pandemic