A unique initiative by Cape Racing to have professional Jockeys racing against Work Riders/Grooms, proved a hit at Kenilworth past Saturday. In a fitting finale to the Summer racing program, Lady Laidlaw’s Khaya Stables’’ sponsored an event which attracted positive feedback from a wider audience after TV coverage in the general media provided great exposure for this innovative race.

“Lady Laidlaw contacted me after a post-race TV interview, where I made a statement that certain workriders could compete against jockeys. She asked if this could be done – a race between jockeys and grooms, we said we would try. Jonathan took over discussions with Khaya Stables and the Star Grooms initiative and Workriders Championship were born, “said a delighted Justin Snaith.

A full field of 16 Maidens charged down the Kenilworth straight course with T’Çhalla, under world class jock Grant van Niekerk fending off Picture the Moment, ridden by up- and- coming pilot, Luke Ferraris, with Paper Trail (Lungisane Geledu, a skilled work rider) and Gillian Anne (partnered by journeyman jock, Luyolo Mxothwa) completing the order of finish.

Grant van Niekerk, who is back in the Cape riding with great flair after making a huge impact in Hong Kong, one of the most lucrative circuits in the thoroughbred World, stated modestly afterwards that he benefitted from the luck of a random draw for mounts, “I was fortunate to be on the best horse.’” T’Çhalla, backed from 6/1 into 9/2 duly finished best up the stand-side rail to get past front running, Picture the Moment.

Van Niekerk confided, ‘It was a good idea to stage the race down the straight, rather than around the turn to make things safer for all.” Indeed, careful negotiations took place behind the scenes to turn a pipe dream into reality. National Horse Racing Authority approval was required together with special insurance cover being put in place.

Van Niekerk was full of praise for the competence shown by the work riders and in a heartening show of collegial support, backed up by other pro jockeys, decided to donate their riding fees and stakes earnings generated from this race to the Western Cape Grooms School.

Retired jockey, Craig du Plooy has been Riding Master there for the past 15 years, and he willingly took on the role of managing the Work Riders. “The build- up was incredible and my guys were so excited to ride against seven of the best Cape jockeys, four of whom have established reputations internationally. Sure, it was intimidating but they faced up to the challenge. They couldn’t wait to get on with the job and remain so willing carrying out their exercises and training programs. It’s been a big motivator at the School.”

Despite the spirited banter between himself and Jockey representative, MJ Byleveld when previewing the race, Du Plooy conceded there is a massive gap in race-riding ability, which the small concession in weight carried by the horses ridden by the amateurs (59,5 kg’s) vs the pros (62 kg’s) was insufficient to bridge.  ‘” Realistically, I didn’t expect much. I recall when coming back from injury as a jockey I could only get truly racing fit by actually racing, so being in a proper race with a big field can only be a huge benefit to my guys. All told, I’m very happy with the way they rode and proud of how they conducted themselves.”

In a poignant touch immediately after the pull-up, all participating riders guided their steeds in front of the Grandstand where they saluted Lady Laidlaw in a sincere gesture of thanks for her sponsorship and the cash prizes awarded by Khaya Stables to top performing grooms throughout the Summer feature race season.

Earlier, Nkosi Sibanda from Snaith Racing spoke eloquently about how caring for the thoroughbred is of paramount concern and is inextricably linked to the inter-dependant triangle of owners, trainers and grooms. This was after his charge Rio Querari scored a resounding victory in the Khaya Stables Diadem Stakes (Grade 2) to stamp himself as joint highest rated sprinter in the land.

The level of care afforded valuable thoroughbreds is directly influenced by the diligence of trainers and their staff; from those who do the dirty work mucking out, running the feed room, grooming the horses or actually riding work in the early mornings.

“This was a great way to showcase these unsung heroes in our sport,” du Plooy concluded. “They came to work throughout the Covid crisis and are instrumental to Racing’s daily activities. Hopefully, this can become an annual event, in addition to the regular monthly races staged specifically for work riders.”

Ex Kenilworth Racing director, Jonathan Snaith, would like to thank all those who made this a reality for the grooms, “Many played their part and in particular the NHRA, The RA, The Jockeys, The Trainers and Owners, The Grooms School, Kirsti Lyall and the Cape Racing team but most importantly Lady Laidlaw – your kindness is extraordinary.”

The feel-good factor was abundantly evident on Saturday. In a sport facing down major operational dramas in recent years, this collaborative effort of people across racing’s spectrum getting on with it and simply doing the right thing was most uplifting. 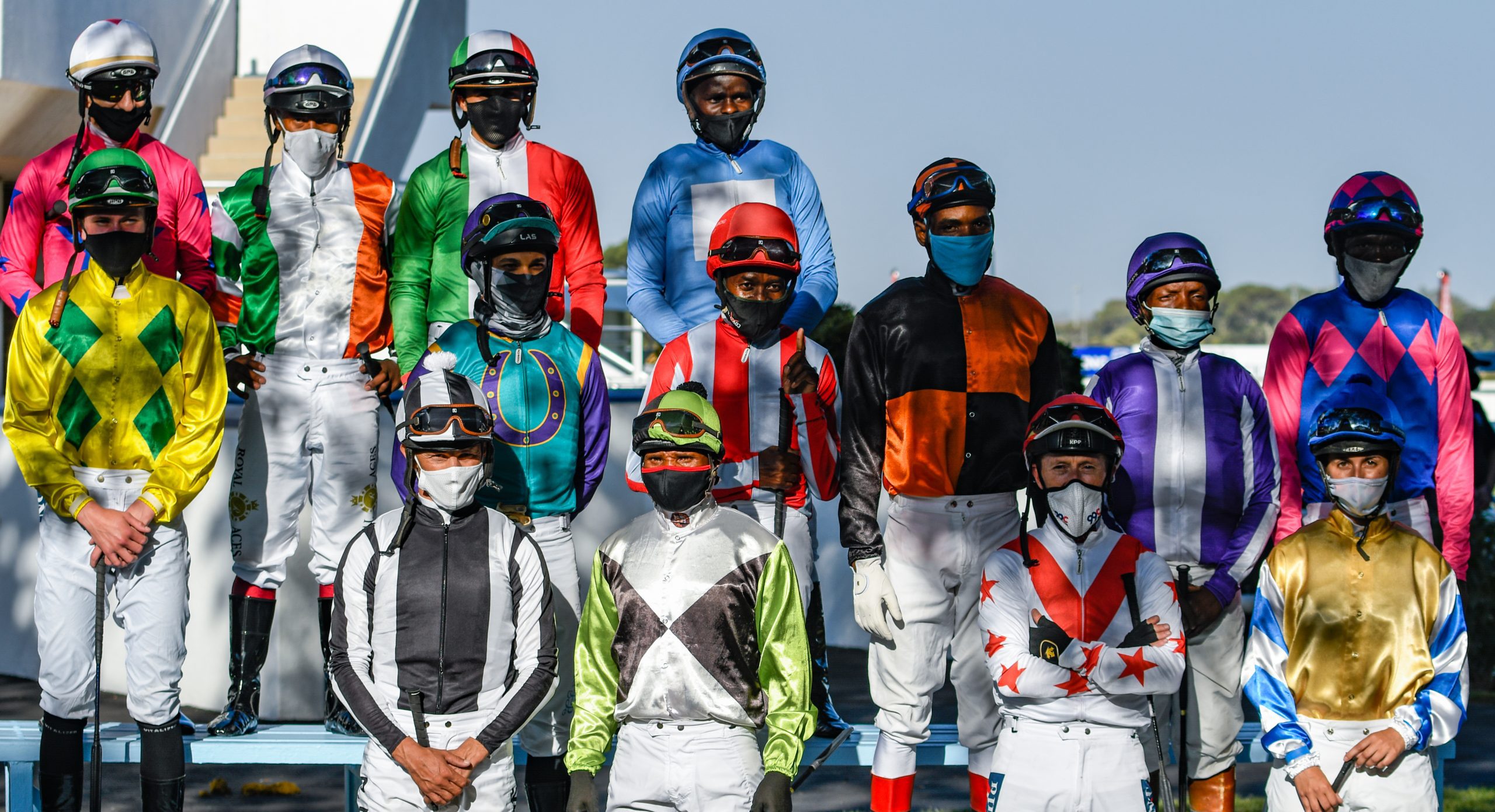 A Frikkadel a day keeps the doctor away!