Cape Town – Former Proteas all-rounder JP Duminy has called it a day from all forms of cricket. The 35-year-old’s Test career ended in 2017 and he retired from the ODI and T20I formats after last year’s World Cup in England.

After the World Cup, the left-hander featured in the Global T20 Canada and the Caribbean Premier League (CPL) last year and was set to feature for the Paarl Rocks in the Mzansi Super League before an injury cut short his plans. He took on a mentorship role with the Rocks instead and helped the Paarl-outfit win the tournament.

In a previous interview, Duminy explained his reasons for quitting the game: “I am young enough to play and still earn money from the franchise game, but I am lacking a strong purpose with that. I played CPL and Canadian Premier League. I found at the CPL there is hunger for young players to seek out older players. I don’t know what’s next. I had to take a bold step of closing a door before I could open the next door. Duminy played 46 Tests, 199 ODIs and 81 T20Is for South Africa. He scored 2 103 Test runs at an average 32.85 and chalked up 5 117 (36.81) and 1 934 (38.68) in the ODI and T20I formats respectively.”

Below are the most recent stats on the JP21 FOUNDATION

•Through partnerships with academic institutions, we afforded 12 high school bursaries to young kids that have proven themselves on and off the field.

•To date 33 schools have received kit and equipment

•Over 2000 learners go through our league program each week

Listen to the Podcast here: 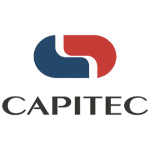