For rising young South African Hip Hop artist Keano Jeru Fernandez, aka KNO, his journey from street rapper to record deal has been nothing short of extraordinary.

Born into poverty in one of the most crime-ridden ghettos of Cape Town, Keano was still at school when he joined his first gang. By his mid-teens, he found himself in juvenile prison and faced unimaginable violence that could be witnessed in a Hollywood movie .

However this is real life and at his lowest ebb and faced with a future of crime and near-certain death amongst intense rivalries and gang battles, he defied the odds and escaped to become one of South Africa’s most important new musical voices

His new single, ‘Cape Of Good Hope’, tells the story of the gang culture, poverty and racism the community of his youth experienced on a daily basis.

Packed full of vivid imagery, emotive lines and a devastating delivery, it also tells the story of all the young children whose lives have been lost to gang violence – either as participants or innocent bystanders.

Keano knows he could have easily been those of those children. “Hip hop saved me. It got me out of the ghetto; now I want it to save everybody else.”

Have a listen to the interview here 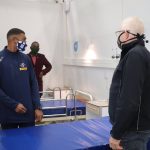 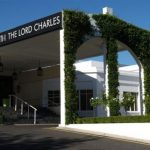