Of the new fatalities the Eastern Cape, had the highest number of deaths at 70.

The department says a total of 3,692 new infections were confirmed over the past 254 hour cycle, bringing the number of cumulative number of confirmed cases to 587 345

Health Minister, Dr Zweli Mkhize said 472 377 people have recovered, which translates to a recovery rate of 80%.

Meanwhile the Western Cape has 6,336 active cases and 3,573 people have died. 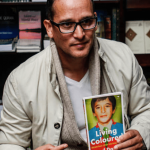