Halloween evolved from the ancient Celtic holiday of Samhain. Over the centuries, Halloween transitioned from a pagan ritual to a day of parties, costumes, jack-o-lanterns and trick-or-treating for kids and adults.

It’s here, it’s here! Halloween has officially arrived, and there’s so much to look forward to, from brainstorming dark, spooky costumes to trying out pumpkin carving ideas with the kids and, of course, eating unfathomable amounts of halloween treats, candy, and chocolate and indulging in everything pumpkin spice flavoured.

No matter how old you are or how many times you’ve been around the block, the holiday simply never gets old. The littlest ones get a chance to dress up and go trick-or-treating, and parents have an excuse to sip on a boo-zy halloween cocktails.

But in the midst of the halloween party ideas and sugar rushes, have you ever stopped to wonder about the origin and history of Halloween?

Here, we’re sharing Halloween’s origin and meaning in the hopes that it’ll make your celebrations even more enjoyable. After all, this old-fashioned holiday actually dates back many, many years. It’s a lot older than you might think! And as for the witches and wizards that you’ve come to associate with it? They’re part of the story, too. Here’s the true tale of how Halloween officially came to be.

You already know that Halloween takes place on the last day of October, but here’s something you might not know: The word itself literally means “hallowed evening,” and was previously known to early European celebrators as All Hallows’ Eve. All Hallows’ Eve (October 31) and All Saints’ Day (November 1) both paid homage to saints (“hallows” = saints). The name was eventually shortened to “Halloween,” which we know and love to this day. 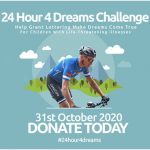 Ryan chats to Natalie Lazarus from Reach for a Dream Foundation 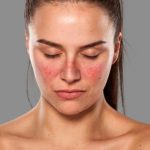