American singer has released her latest track titled “clementine,” and we are SO excited about it!

The music video is really cool, where Halsey and her younger brother Sevian Frangipane performing a dance in an aquarium.

Halsey wrote on Twitter about the new song: “Exactly 25 years ago to this moment I was born. I wanted to celebrate today by sharing a new song called “clementine”and a cute lil video for it that i made with my brother Sevian. Enjoy :)”

Check out the video and let us know what you think 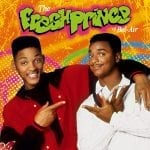 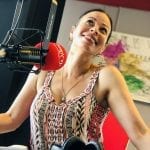