A body found in a lake in the US state of California has been identified as the missing Glee star Naya Rivera. Rivera, 33, went missing on Wednesday after going boating with her four-year-old son at Lake Piru. He was found alone and asleep on the boat. Divers and teams using sonar equipment found the body earlier on Monday. Rivera is best known for playing the cheerleader Santana Lopez in the hugely popular musical comedy TV series Glee. At a news conference on the shore of the lake on Monday, Sheriff Bill Ayub of the Ventura County Sheriff Department said police were “confident” the body was that of Rivera. He added that there was no indication of foul play or that she took her own life. Rivera’s son told police they had gone swimming but she never returned. After a massive search and rescue operation found no trace of Rivera, police moved to a “search and recovery operation”. That included using side-scanning sonar, divers, sniffer dogs, helicopters and remote-operated submarine vehicles equipped with cameras.

He added that Rivera’s son had seen his mother “disappear beneath the water”.

RIP Naya Rivera, my your beautiful soul rest in peace 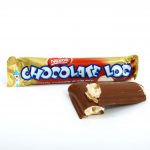 The famous childhood favourite chocolate, Chocolate Log will be discontinued 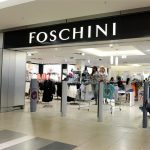